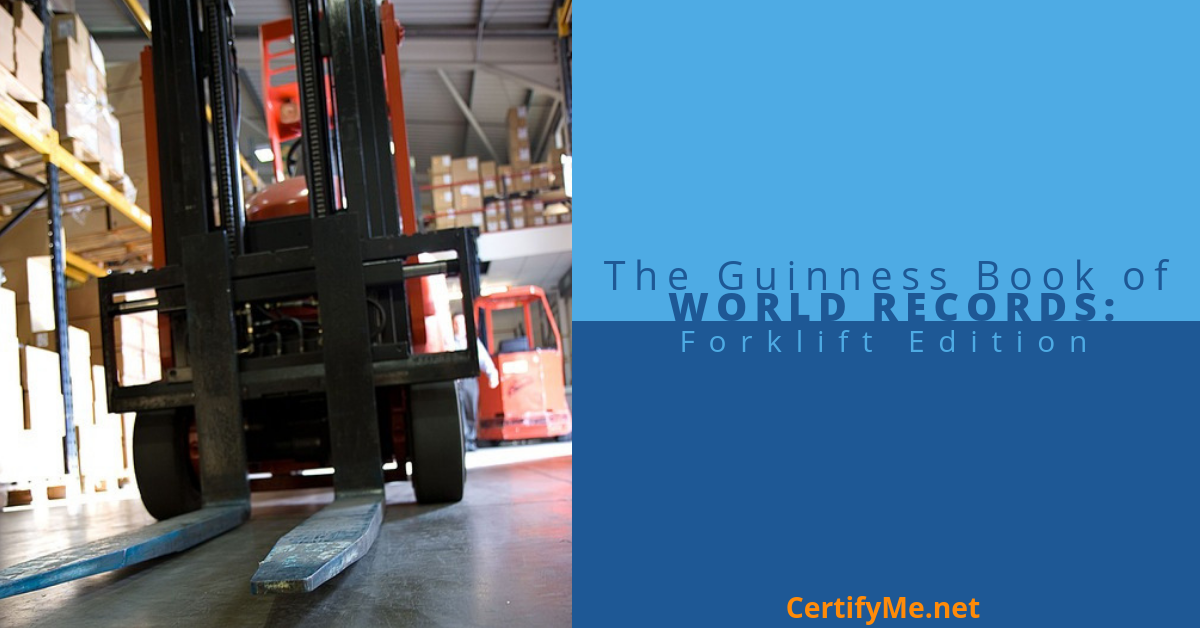 Have you ever wondered about the biggest forklift in the world? Or about the forklift that has lifted the most weight? In most instances, consulting the Guinness Book of World Records will help you find the answer to these kinds of questions. While Guiness often features these types of records, you may quickly discover that you need to look elsewhere to get the answers you want. To better understand why, let’s consider the history of the Guinness Book of World Records.

The Guinness Book of World Records: A Brief History

With so many interesting facts, the Guinness Book of World Records should have plenty of data on forklifts. Yet, upon close examination into the book’s details about world forklift records, it comes up short. Lucky for you, the team at CertifyMe.net put our noses to the grindstone and came up with a few “unofficial” forklift world records.

Finding the world’s largest forklift was no small feat. We first considered marina lifts, which resemble traditional forklifts but can pick up boats. The Wiggins Marina Bull can lift boats up to 75 feet in the air, and it can lift 10,000-lb. vessels that high.

Consider this too: one of the world’s largest owner-operator of marinas in the U.S. asked Wiggins Marina to build a giant forklift that could:

What’s more, the marina operator wanted two of these large forklift trucks. When completed, these trucks became the largest marina lifts in the world, surpassing the previous world record Wiggins Marina built-in 2013. The record for the biggest forklift in the world will inevitably be broken – every year, construction projects and advancements in technology means there’s another new model by which to be wowed. It’s only a matter of time before a new, bigger lift comes onto the scene! 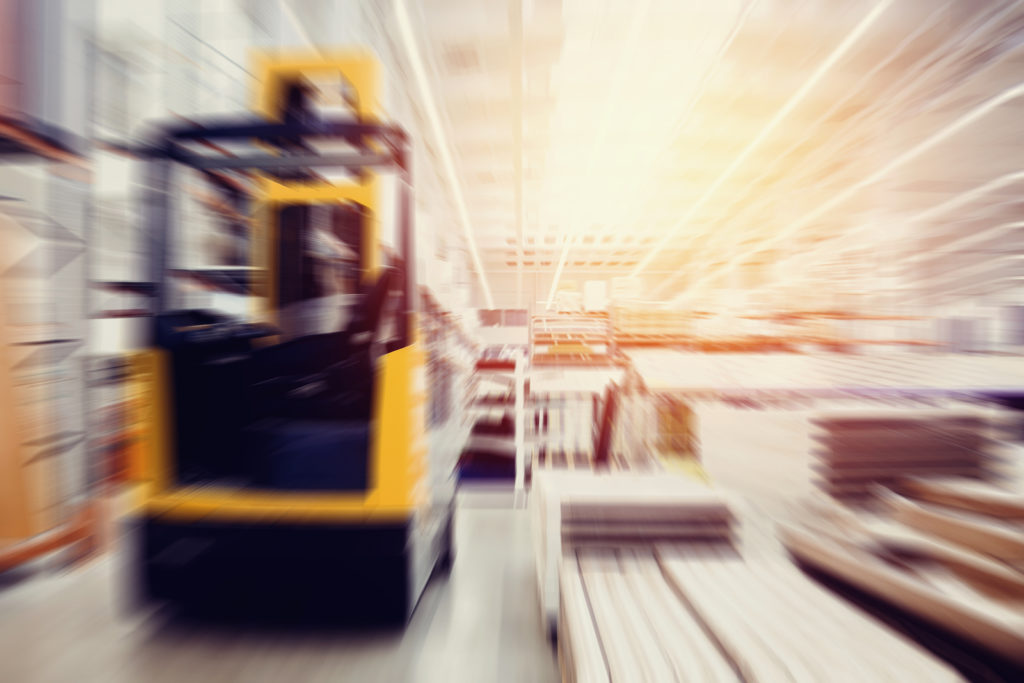 Feats of strength are a hit with most Guinness Book of World Records fans. From the bench press to the squat, the upper limits of human strength never fail to surprise and amaze. However, human strength pales in comparison to the strength of an average forklift.

The second-strongest forklift on the planet weighs nearly 100 tons, and it can lift up to 65 tons in one load — that’s 130,000 lbs., or about the weight of 45 average size cars. Can you picture a forklift driving around with 45 vehicles stacked on top of each other on the lift forks? That would be a sight to behold!

Big and strong are just two metrics by which to measure forklifts. The longest forklift pallet relay is equally as impressive. In September 2018, a Missouri team broke the world record with 126 consecutive passes. The record was achieved by six drivers who undoubtedly drove for hours to achieve this admirable goal. They were officially entered on the Guiness Book of World Records website and will go down in history for their achievement.

When measuring forklift records, precision is often overlooked. Take just a moment to watch the footage of the Guiness record-setting performance of the most cocktail glasses stacked with a forklift. It’s the most impressive thing we’ve seen in a long time. The operator truly makes stacking delicate glass look easy!

These forklift records are indeed impressive. None of the award-winning operators could get where they are today without a thorough understanding of how forklifts work, though. Whether you aspire to be a part of the Guiness Book of World Records yourself or just want to bring your career to new heights, training and certification are necessary to reach your goals.

How to Operate a Giant Forklift Safely

A giant forklift may seem intimidating to operate, regardless of whether the machine has earned a spot in the Guinness Book of World Records. Fortunately, safety training is available that you can use to teach your employees how to properly operate a forklift.

Safety training is comprehensive, and it teaches employees how to operate a forklift in different work settings. The training enables workers to become OSHA-compliant forklift operators. It can also help your company reduce the risk of forklift accidents, injuries and fatalities. CertifyMe.Net offers convenient online training that can be completed in about an hour’s time. If you’re ready to level up your career and master forklift operation once and for all, click here to begin. Still have questions about your options or our offerings? Give us a call at 1-888-699-4800 today.